Sep. 2012- Now:
1. Currently, I am a faculty member in the Civil Engineering Department at Al-Mansour University College. I taught the Subjects: Building Construction and Mechanics of Materials for second year students & Theory of Structures for third year students. I am also currently the supervisor for 4- final year projects for fourth year students.
I was a member of the examination committee in the civil engineering department for three years. I am a member of the scientific committee at the civil eng. department.

1. Being a Consultant Structural Engineer, I had a major role in the structural design of many strategic structures in Iraq during the period (1973-1991), namely, Um Qasr harbor, concrete grain silos throughout Iraq, six ministerial buildings, Al-Mammon Tower and many other important structures throughout Iraq.
2. Played a major role in the structural repair and renovation of many strategic buildings in Iraq during the 1991 post war reconstruction campaign.
3. I have trained a numerous number of young structural engineers by involving them directly in the process of structural design of buildings.

1. “A Training Programme in Structural Design”, (May 2007). This is a booklet for teaching junior engineers the practical methods in the design of Reinforced Concrete skeleton buildings.

I have been given numerous numbers of awards back in the many years of my professional and academic years.
However, at Al-Mansour University College I was given many letters of thanks
for my efforts on several committees at the college. 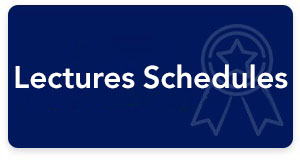 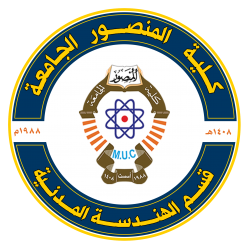 Find us on maps: